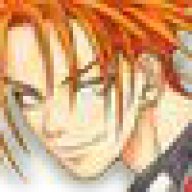 What a crazy turnout! If you didn't read it already on our front page, our 1st place winner walked home with $420 dollars! Anyhow, here is the full information on the event. Enjoy!

Here are your current seedings, looks like Fenrir is dominating you all in the ranks!

group 6 and 8 were definately the hardest brackets.

next time though, if anything i'll help, but it'd be cool if 3 crew members weren't in the same pool.
P

The biggest issue which emerged is clear in hindsight but totally caught me off guard: Since the pools were created by seedings (which generally indicate how good the player has done), in pretty much every case the top 2 seeded players made it out of their pools. So when we made the brackets using Giga-seedings (not pool score), everyone pretty much had the person from their pool as their first match. I think Fenrir made a really good post in the new Giga tourny thread, specifying that the brackets should be seeded by points from pools, not giga seedings (using the same scale for both pools and brackets results in redundancies like having to fight the other best person in your pool 1st match).

Location
954 and 352 (Plantation and Gainesville)

thomas is exarch, right? man, i need to go to a gigabits sometime. maybe over the summer.

were there any team matches recorded? who are in the 1st place and 2nd place teams?
D