3 patch wishes for Lucario in an hypothetical switch version 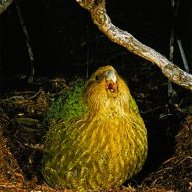 First of all don't bash on me, I think Lucario right now is pretty amazing, but is sad to me to see how one of my favourite characters in this game is IMO so close to be a top tier but being outclassed by some others.

First, I wish jab 1 and 2 FAF came sooner, I think they would far more useful if at least you could make at least a mixup of jab1/2 to ftilt ir dtilt.

Second, I would love to see aerial side b command grab become a thing. Of course it should be weaker and maybe have a diferent angle, even slighly less range, but I think it would be awesome to watch top players messing with it. A bigger hitbox on the grounded grab and a better visual indication of the range of the flame (let's face it, side b actual hitbox is like 2/3 of the visuals) would also be neat.

And last but not least, and the change I would like to become true the most, up b hitbox coming sooner, thus ending the recovery sooner, through manual input, with a set minimum distance. For compensate that, when shortening the recovery and landing on stage, you would suffer the whole landing lag don't matter how you landed, and also make it completely punishable on shield hit (almost no shield stun or smth). I love extreme speed mixups as a kill option, like fair to up b, but right now they are way too situational. Also this would slighly improve Lucario's recovery while still being as punishable as always.

Anyways, if switch version/another patch becomes true I would love to see Nintendo give some love to this character, don't matter what it ends being, taking in consideration how generous they were with some of the new incorporations to the cast the last years :>
Last edited: Sep 24, 2017
C

I personally want the attack hit box on up-b to be bigger. The only time I hit with it is when gliding across the ground. An aerial side-b would be nice though, and Project m already put in that idea, and did it well. 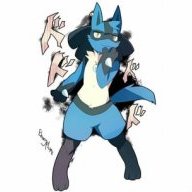 Chiggaman23 said:
I personally want the attack hit box on up-b to be bigger. The only time I hit with it is when gliding across the ground. An aerial side-b would be nice though, and Project m already put in that idea, and did it well.
Click to expand...
Project M used charges, not something constant. A spike would be too much I think.

Conquran said:
I know I'm a rookie and all but personally lucarios counter is so punishable that I can go to subways buy a soda and come back only to see he is still countering (I want the counter replaced or at least as fast as everyone elses)
Click to expand...
If you reverse the side is not that bad. Still punishable tho.