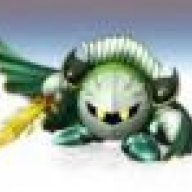 The Sage of Shadow: Darklink