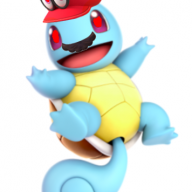 Smash Journeyman · From Trapped as a spirit