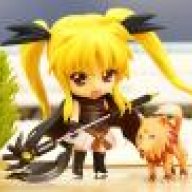 Smash Lord · 33 · From Land of kinkyness