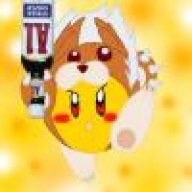 Smash Champion · From Lurking the Kirby Social thread with my rock buds.